A site of unique charm... 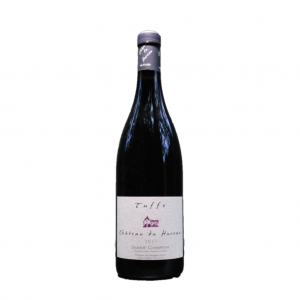 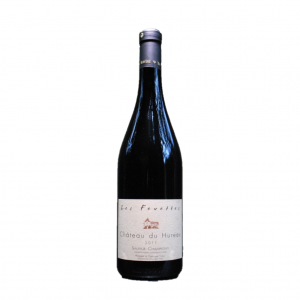 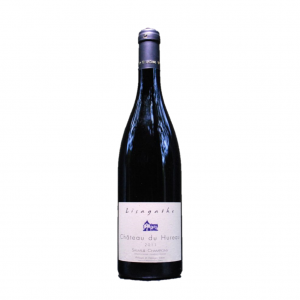 The historic property of Château du Hureau - one of the only wine producing Châteaux in the Loire - is among the top producers of Saumur-Champigny. The château has been in the family for generations, and today, is run by fifth generation vigneron Philippe Vatan and his daughter Agathe. Located four miles east of Saumur and 15 miles west of Chinon, the Hureau Chateau itself boasts jaw-dropping Loire-esque architecture including an octagonal tower, mansard roofs and boar-headed weathervane from which the estate derives its name. The 13th century wine caves are built into an enormous tufa-limestone shelf that borders the back of the château. And it is on top of this shelf, planted in this same tufa-limestone, where the Cabernet Franc and Chenin Blanc grows.

This underlying tuffeau (a soft chalk from the Cretaceous Period) is the common thread that gives the Saumur-Champigny its distinctive quality. Château du Hureau encompasses 17 hectares comprised of 21 individual parcels scattered throughout the appellation in Dampierre-sur-Loire, Souzay, Champigny and Saumur. With topsoil layers that vary from fertile clay to sandy soils, as well as multiple sun exposures, each vineyard parcel has a unique terroir that inspires four principal red cuvées: Tuffe, the delicious "entry-level" red, a blend of 14 tuffeau-dominant parcels, and then three parcellaires wines made from selected parcels of older vines (Fours a Chaux, Les Fevettes and Lisagathe).

Although the appellation is mostly known for its red wines, three has also been an increasing interest in recent years in top dry Chenin Blanc from the region. Chateau makes two cuvees of Saumur Blanc. The cuvee "Argile" is made from a blend of four parcels, fermented in tank and then aged in a combo of tank and large wood. The cuvee "Foudre" is produced from a first selection of the best vineyards of Chenin, and then is aged for 12-18 months in foudre. The Vatans are particularly fond of fine Austrian cooper, Stockinger, for this cuvee as it tends to produce wines that are refined and elegant.

Château du Hureau began embracing a natural approach to viticulture in the mid 2000s, and became officially 100% certified organic as of the 2007 vintage. This is a particularly impressive commitment given the threat of spring rains and the resulting risk of mildew from humidity and moisture. In the vineyard, a thick layer of grass grows between vine rows which are tilled by hand and the vines are also meticulously hand-pruned. Philippe rigorously crop-thins his vineyards, dropping fruit and retaining only the best bunches. He diligently passes through the vineyard numerous times, hand-harvesting so late that the final picking is often touched by passerillage (drying) or even a touch of noble rot for the whites. Once the grapes arrive in the cellar for vinification, Philippe hand-sorts one final time, guaranteeing utmost quality and ripeness of fruit. All wines are vinified with indigenous yeasts. The Tuffe is aged in tank while the top cuvées, including “Lisagathe”, are aged in a combination of demi-muids and foudres.

The Cabernet Francs of Château du Hureau are dark, intense and sappy, with plenty of lovely fruit balanced by acidity and minerality from the underlying tuffe soils. Since the implementation of organic viticulture, Philippe has found the wines to be more pure, transparent and texturally complex. The quality and intrigue of the Château du Hureau wines continue to soar, as does their following at home and abroad.