"“Wine making is a mixture of art, science, passion and intuition.”

Do you want to know more about how Bronson makes his incredible wines, Take a tour to visit his state of the art facility and listen to him sharing about his production process.

View basket “Shiraz | Dedication” has been added to your basket.
PRICE
$ - 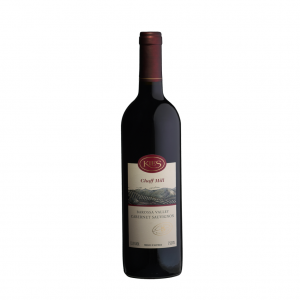 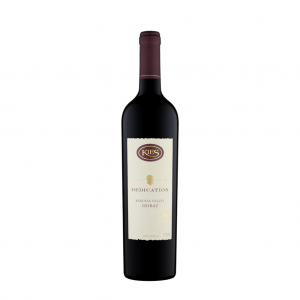 The Kies family have been growing grapes in the beautiful Barossa Valley for seven generations and theirs is the first cellar door you will see as you drive over the hill at the southern end of the Barossa Valley. The 1880’s blue stone cottage style is nestled among vineyards and boasts scenes of the glorious rolling Barossa Ranges.

Kies Family Wines are produced entirely from their own vineyard, much of it old vines (up to 80 years old!), and each variety is carefully tended to, right through the winemaking process.

Tina and Michael Kies opened the cellar door in 1985. Tina remembers the opening well, “it really was just a run down little cottage, once used as a Chaff Mill…”

The little cottage was subsequently renovated, with the help of family and opened in January 1985. The day of the opening was stinking hot (40°c) and there was no air–conditioning; to top it all off Tina was pregnant and nearly due with Bronson, her eldest son…” Since then the Kies Family Wines philosophy has been “not to get bigger, just get better”.  The focus is on quality, not quantity. They keep their wine production small so as to keep the quality and its distinctive varietal characters.

The Monkey Nut Cafe is a great accompaniment to the Kies Family Wines Cellar Door, serving platters and light snacks to compliment the diverse range of wines on offer. The cafe is nestled amongst the Kies vineyard and boasts some of the most incredible views of the Lyndoch Ranges.