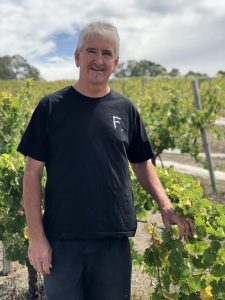 South Gippsland Sauvignon Blanc from Frank Butera’s vineyard. Small portion on skins in amphora for 2 weeks. The rest pressed off in basket press to old, French oak. Aged on full lees for 12 months.

Chablis wines are made in a style rather different from those produced elsewhere in Burgundy. They are drier and fresher, rather than more weighty and richly flavored. Most basic Chablis is fermented and aged in stainless steel, with use of oak barrels more common in higher-level wines, though used larger barrels are more likely to be employed than new barriques, and wines will spend a shorter time in them than in the Côte d’Or. The town and its vineyards are located a considerable distance (more than 100 kilometers/60 miles) northwest of Burgundy’s main wine-producing areas from the Côte de Nuits to the Maconnais. They are in fact closer to Sancerre (Loire) and Les Riceys (southern Champagne) and the city of Paris. Consequently, Chablis has a cooler climate than the rest of Burgundy, and similar vineyard macroclimates to Champagne.

Politically and administratively, Chablis is located in northern Bourgogne, although it lies in the department of the Yonne rather than the Côte D’Or. It was a relatively late addition to the Duchy of Burgundy in the 15th Century and locals do not necessarily identify as Burgundian. Despite all of these differences, the wines of Chablis tend to be classified as part of Burgundy by most retailers and other wine professionals.

The effects of terroir on wine can be seen more clearly in Chablis than almost anywhere else. A key division within Chablis lies between terroirs with Kimmeridgian soils and those with Portlandian soils. Kimmeridgian soil is more highly regarded; it contains greater levels of mineral-rich clay, as well as the essential marine fossils which are responsible for its significant lime content. Kimmeridgian soils are the source of the trademark minerality in premier and grand cru wines from Chablis. By contrast, Portlandian soils are not so rich in clay and fossils, which results in slightly fruitier wines with a less mineral profile. Petit Chablis wines are most often grown in Portlandian soils. The village of Courgis where the vine is located is one of the 20 villages of Chablis. It is south of Chablis, right next to Préhy the village where the winery Clotilde DAVENNE is located. The vines were planted in 1983, The nose has a minerality reminiscent of oyster shells. There are also flavours of peaches and citrus fruits. It is crisp with intense white peach flavours with a silken mouth feel, notes of gunflint lend appealing vivacity. The finish long and elegant.

There are no reviews yet.