Sitting with Richard Dolan, Joint Managing Director of Bec Hardy Wines – overlooking the sun kissed Tipsy Hill vineyard in the Blewitt Springs sub-region of McLaren Vale. Richard and his wife Bec Hardy, Joint Managing Director and Viticulturist, acquired the pocket-sized vineyard in 2016. Richard is very interested in exploring the feasibility of acquiring more vineyards in the “up and coming” Blewitt Springs sub-region of McLaren Vale. Its vineyards sit at a higher altitude than the rest of McLaren Vale and lower than the Adelaide Hills – presenting winemakers with ideal conditions for growing grapes with their own essence of originality in comparison to the rest of South Australia’s wine regions. 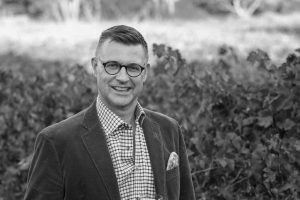 Last year in 2020, amidst the global pandemic, Richard and Bec took over the McLaren Vale Pertaringa brand from Bec’s father, Geoff Hardy. Before this, they both spent a decade working for her father’s company, Wines by Geoff Hardy, and played a vital role in the growth of the company, including successful expansion into new local and global markets.

Bec is part of the sixth Hardy generation to continue producing the splendid wines that South Australia has to offer. Bec’s great-great grandfather, Thomas Hardy, arrived from the UK in 1850 and became one of the first settlers of the McLaren Vale region. He is commonly referred to as the father of the South Australian wine industry. Given Bec’s family history, the Pertaringa acquisition was expected, but it was by no means insignificant, as this brand made up 80% of Geoff’s business. 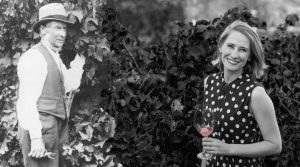 Geoff is also well known for the beautiful K1 cellar door, nestled at Kuitpo in the Adelaide Hills. The K1 vineyard was the first in the Kuitpo region and is represented by a beautiful large wooden lodge that is its cellar door, surrounded by a rich variety of trees and overlooking a majestic lake. This is the kind of epic Australian wine experience that is expected from the Hardy name. 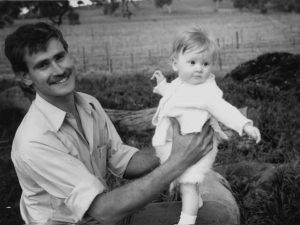 Since establishing Bec Hardy Wines in 2015 and acquiring the Pertaringa brand in 2020, Bec has become the first female vineyard owner and wine producer in the long-stretching Hardy family. In 2021, Bec Hardy Wines welcomed its new Chief Winemaker, Bec Swincer. Over the past two decades, Bec S has gained experience throughout Australia and also in the US and France. Richard explains that he’s proud to run a company that leads by example when it comes to equality of opportunity. Only a small proportion of winemakers in Australia are women, and Bec and Richard wants to help correct this gender imbalance through effective encouragement of female participation in agribusiness. 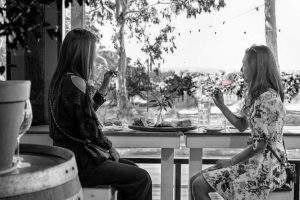 Richard spoke a great deal about his observations and contributions toward environmental and social sustainability – particularly in relation to agribusiness. The main technological innovations present in the wine industry generally consist of packaging improvements, or developments for supply chain efficiency/productivity through advanced processes. Wine producers have been growing more accustomed to adopting recyclable packaging. Throughout the lull caused by COVID-19, between March and September 2020, Richard and Bec refurbished their Pertaringa cellar door using recycled materials, of which a large amount was locally sourced. 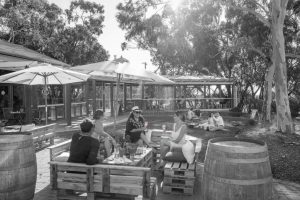 Since buying their Blewitt Springs property, water consumption has also been significantly reduced by 40% in the Tipsy Hill garden and vineyard. In October 2020, Bec was elected as a board member of Nature Foundation, South Australia’s vastest conservation landowner – third largest in Australia. Dr Barbara Hardy AO, Bec’s grandmother, was one of four founding members in 1981. Both Bec and Barbara share a passion for environmental sustainability through nature conservation and defending the landscapes, flora and fauna of South Australia.

Richard explains how there is no amount of diversification that the Australian wine industry can create in order fill the void created by the current China tariffs. The next top 20 markets won’t make up for the shortfall of the Chinese market. On top of this, it takes years to cultivate relationships –It’s not like turning on a tap. 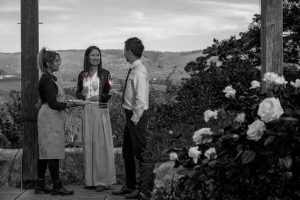 Word on the street is that India is the next big thing to replace China, but Richard says this likely won’t be the case in the short term. Whilst there is major potential for India due to increased enthusiasm for wine knowledge and talented young sommeliers driving industry growth, this will most likely come into fruition over the next 30-40 years. There are new prospects for Australian wine exports expected to develop over the next 5 years that include but are not limited to: South Korea, Japan and Taiwan.

The above projections are supported by the 2020 ANZIC Report for Wine Production in Australia & Global Markets. Emerging markets for Australian wine exports will see an estimated increase of 4.0% per annum for the next 5 years up to 2025-26. Poor quality vintage seasons for France, Spain and Italy in 2017 and South Africa in 2018 caused a sharp increase in Australian wine exports for 2017-18. In Asian markets, these countries are considered to have winemaking practices and reputations on par with that of Australia’s. It’s because of this that Australia can replace export supply opportunities in place of other countries. 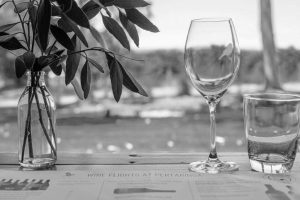 “The 2021 vintage is shaping up to be a great one with steady growing conditions, no major weather events and a cooler harvest period leading to great colour, natural tannins and good acid retention. No significant rain during vintage also meant very low disease pressure.”

“Harvest started in early February and everything has now been picked and gone through fermentation. Our Sauvignon Blanc and Rosé have been blended and stabilised, and are being prepared for bottling in June. All the reds are in oak and going through secondary malolactic fermentation.” 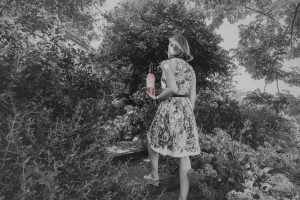